Here are a few images from this years World Aerobatics Championships, hosted by Flying Aces at Silverstone. This was my first time photographing an event like this but it’s not unlike shooting motor racing – just less predictable movement!

Shutter priority was the way to go to keep images sharp but retain some blur in the propellers. Depending on what the plane was actually doing, that ranged from 1/160th to 1/400th. I then adjusted my ISO to get an aperture that gave me enough depth of field to hold the whole aircraft in focus given the speed at which the subject to camera distance changed as the planes flew head on towards me.

Spot metering proved a bit tricky, again because of the speed at which the planes were moving, so I manually compensated as the cloud cover changed to make sure the aircraft weren’t just dark spots against a bright sky.

And one last tip: If you plan on spending all day shooting upwards with a 100-400mm lens – Take a monopod! 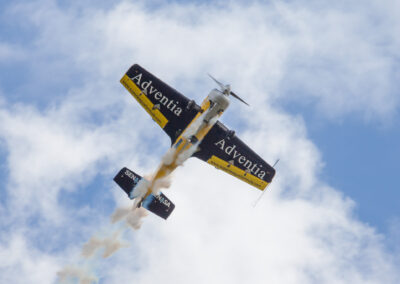 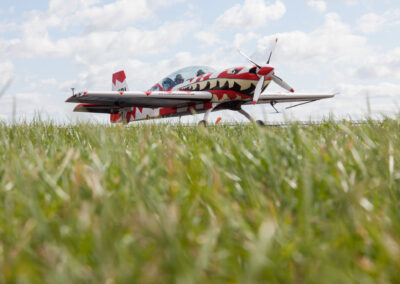 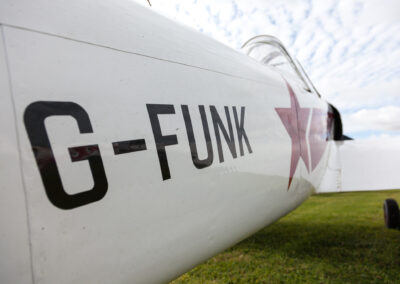 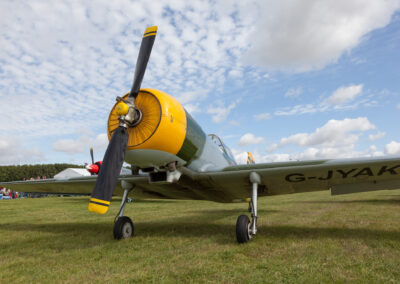 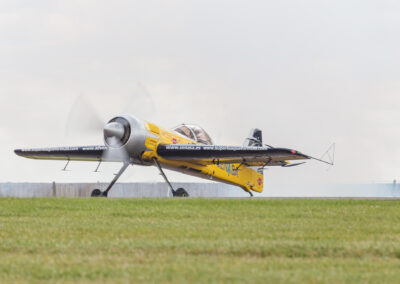 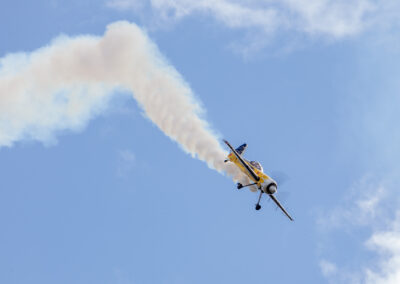 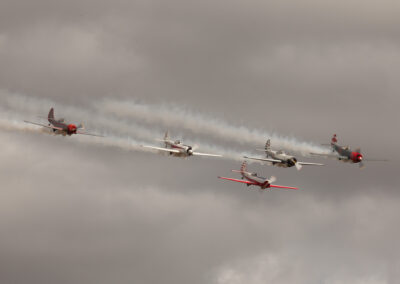 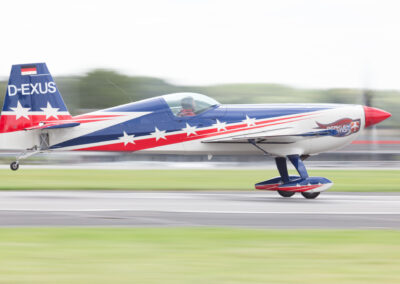 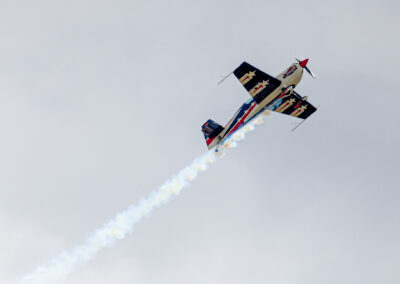 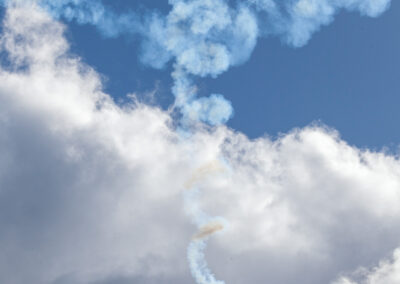 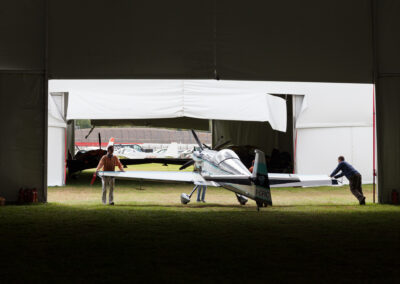 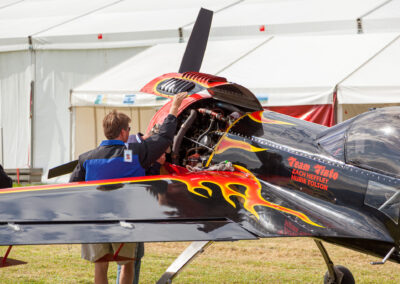 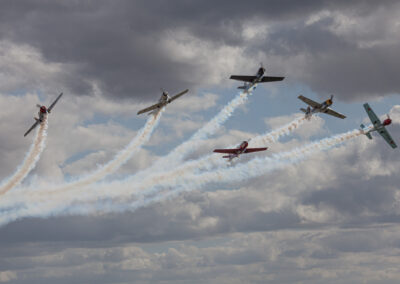 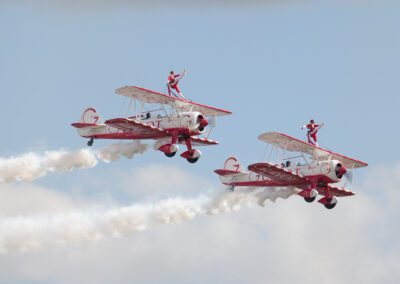 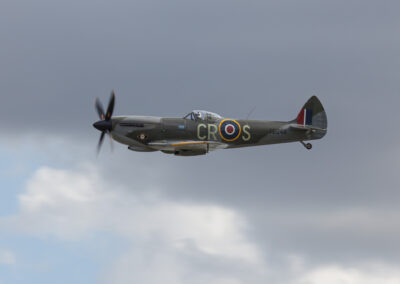 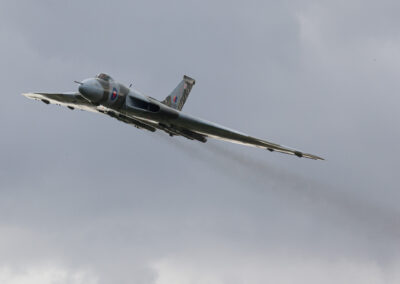 ← The Importance of Being Reachable Getting Published →