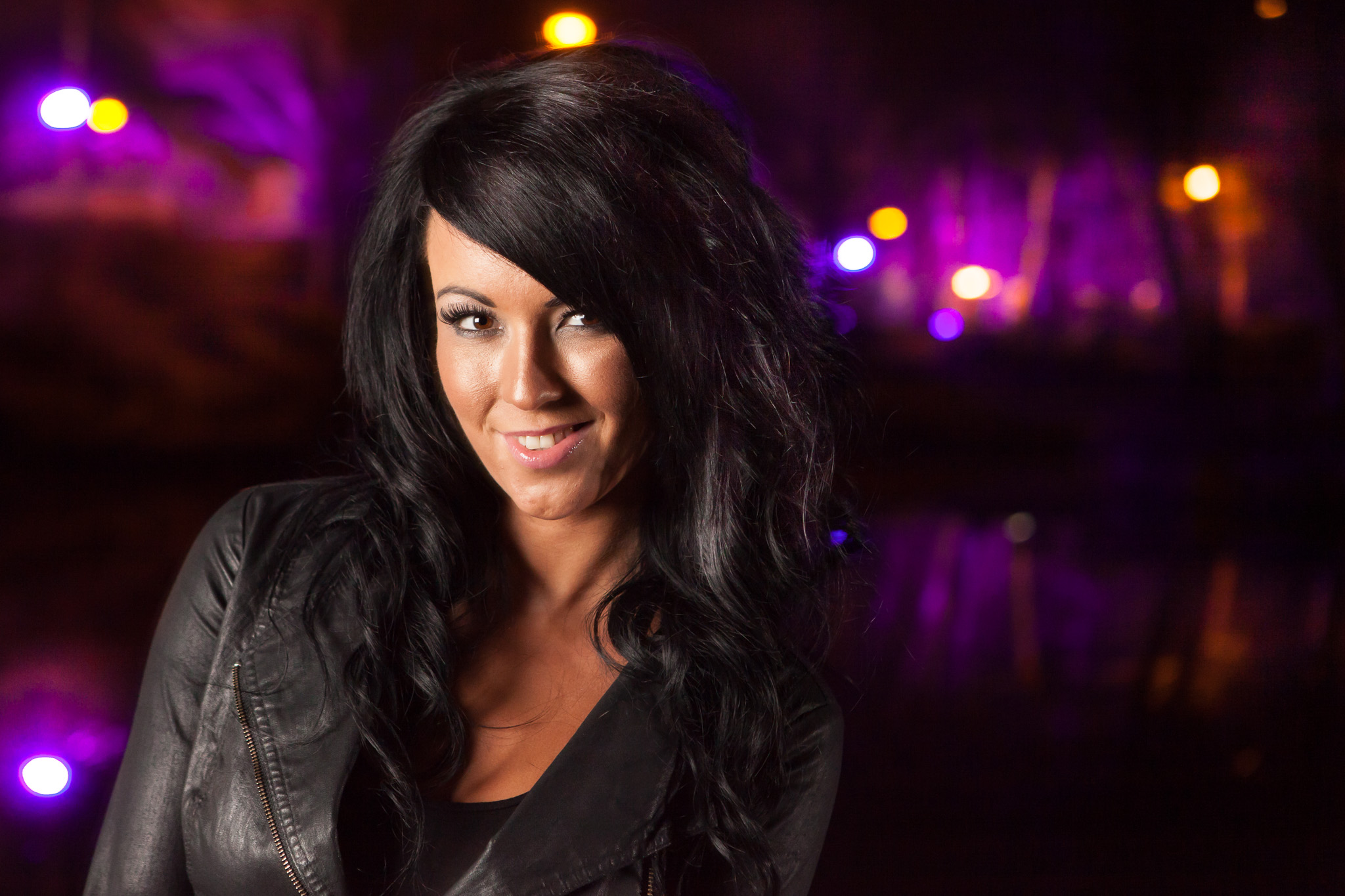 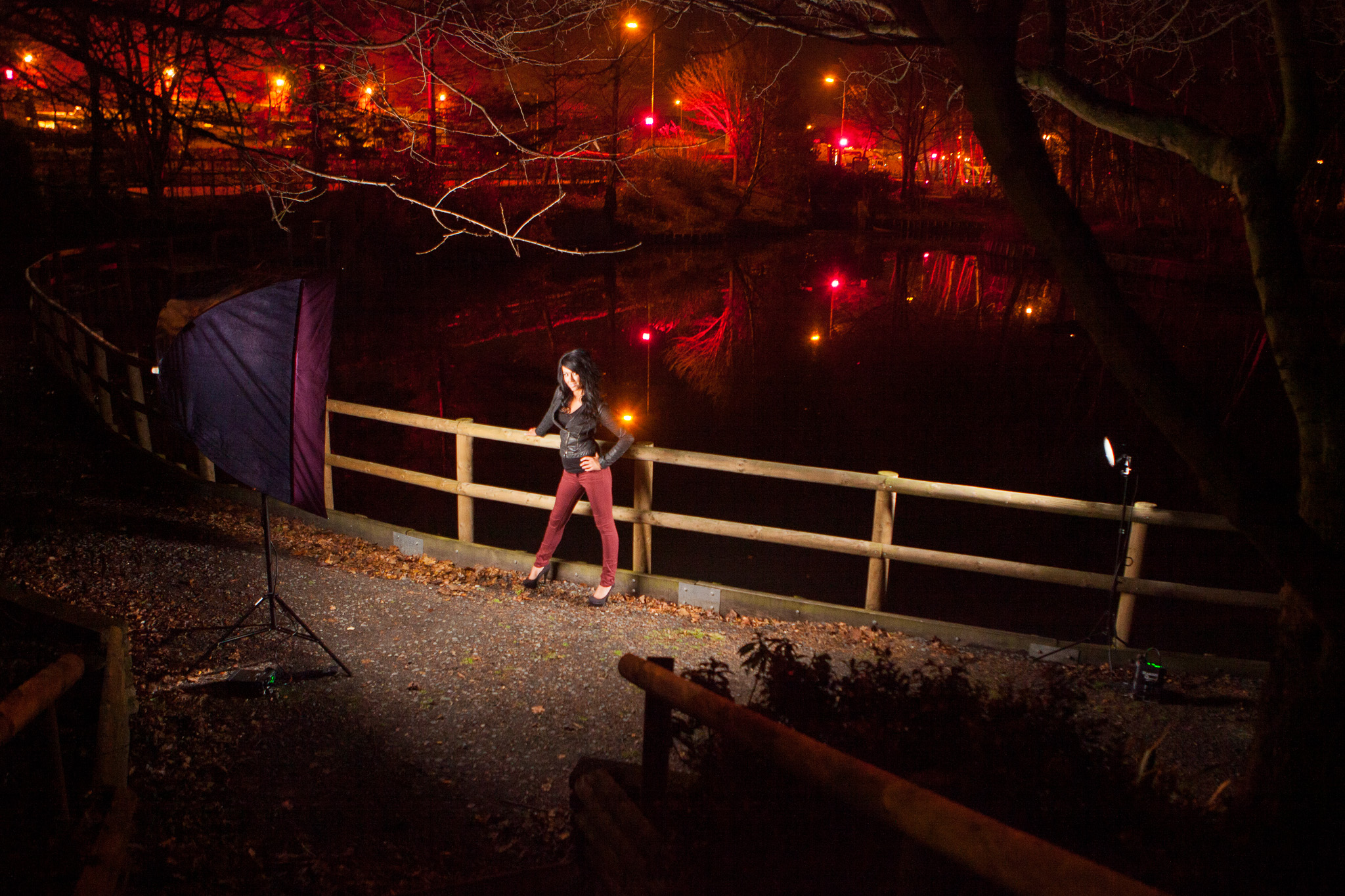 The word photography comes form the Latin ‘photo’ and ‘graphico’ and translates literally to “writing with light”.  I took that literally this weekend and did some light painting. It was a full moon on a clear, frosty night and I happened to be staying in Wales, just a few miles from a small wind farm so the opportunity was too good to pass up.

Light painting is a simple idea and it doesn’t take much trial and error before you start getting good results. You will need your camera locked down for this as you are taking long exposure shots – in this case 30 seconds. A tripod is best but a bean bag on a car roof/gate post/sleeping cow would suffice.

Use your camera’s built-in meter and juggle your aperture and shutter speed until you get a good exposure. By “good” I don’t mean zeroed out on the scale in your viewfinder however. We are shooting at night here so obviously the shot is going to be dark and we will be painting in some extra light in the foreground so we need to stop the camera trying to make everything look like a mid grey. Minus 2 stops should be about right, but take full advantage of shooting digital and fire off a few test shots. You can shoot in Aperture Priority mode for this and use the +/- EV control or you can go Manual for more control or if you need an exposure longer than 30 seconds.

Once you are happy with the overall exposure, you can start adding light. This is where the trial and error comes in as this is no exact science and there’s no TTL  – you are simply shining a torch on your subject. Obviously the bigger the subject and the further away it is, the more powerful torch, or longer exposure you’ll need.

For this example I was about 30m away from the wind turbine using a small, yet powerful and tightly focused LED torch. 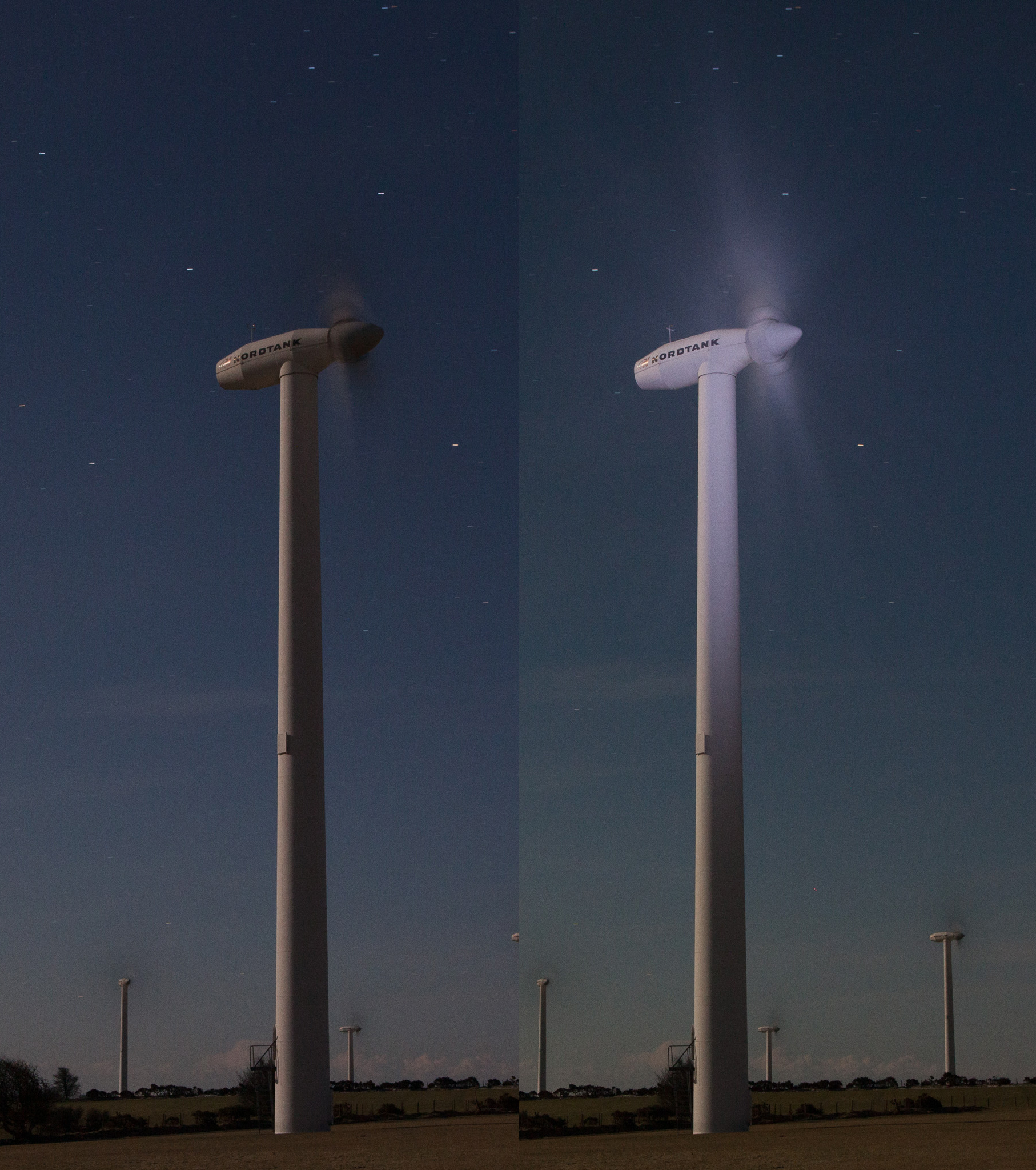 About 5 seconds tracing the beam up and down the tower with the remaining 25 seconds spent highlighting the rotating blades seemed to yield the best results. As you can see from the image on the right, there is quite a marked difference when adding the light to the image.

Once I had this dialled in, I shifted my composition, gave things a little tweak in Lightroom  and came up with the result below. 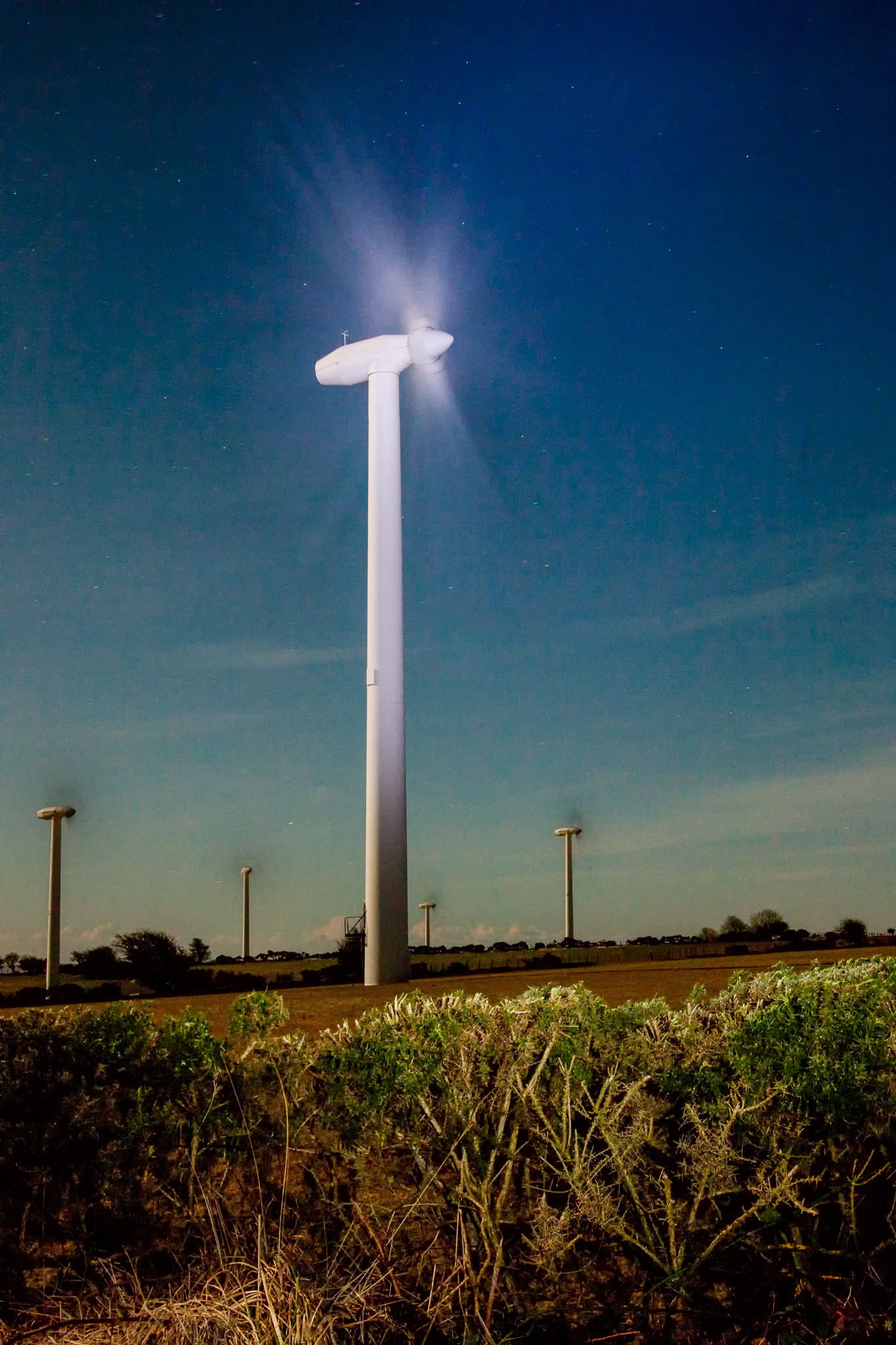