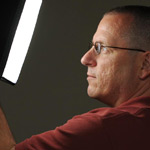 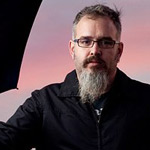 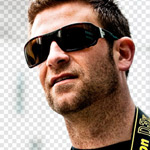 I’ve learnt virtually everything I know about lighting from three people: Joe McNally, Zack Arias and David Hobby (aka The Strobist)

It was David that made me realise you could use lighting to lift your photography in any circumstances, not just pre-planned location shoots or studio work. Through his blog and DVD’s he made me see that with a combination of knowledge and using the right gear you can apply light in any situation.

At the time it was harder to source the right gear in the UK but eventually, and with some help from MPEX, I was about source what I needed: Two Manfrotto Nano 001B folding light stands and a pair of Westcott 43″ double fold umbrellas. With the addition of a strap and a ball bungy, you have all you need to fly an umbrella in seconds in a package you can throw over your shoulder and carry anywhere. Just add your flash.

As as case in point, let’s take the Autosport International show at Birmingham’s NEC. You never know what opportunities will arise, it’s busy, and the lighting in the exhibition halls is nothing short of horrific. The perfect place for a bit of nimble off camera lighting!

So here’s Faye, working for a client of mine at ASI2013, lit with my Strobist kit. 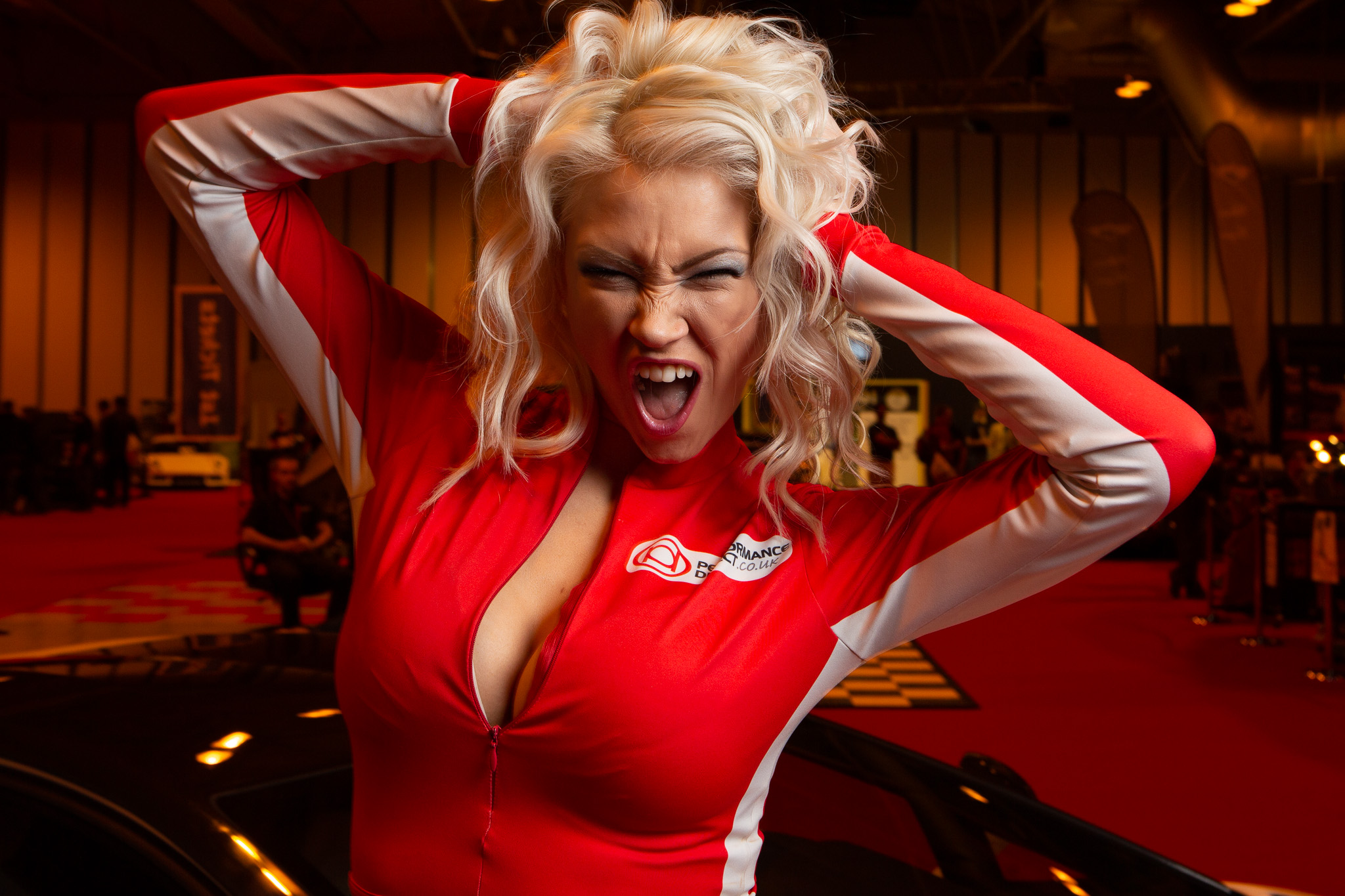 What we have here is a single Canon flash in manual mode, being triggered by a simple radio trigger. No ETTL cleverness here, I like to keep it simple.

So step one is to get a base exposure and there no science here. My camera was already at ISO640 so I left it there, shutter speed is 1/160th, just below my camera’s max sync speed and aperture is f8 to tame the horrible ambient light. Shutter speed was my only hard limit here – I could have traded ISO and aperture a little but f8 was a save depth of field and there’s no noise at ISO640 on the 5DMkIII.

Next up was flash power and the way I set this is even more low tech. I put my hand where my subject will be and take a shot. I have hundreds of photos of the back of my hand in various locations now. There’s a gallery show in it one day, I’m sure. 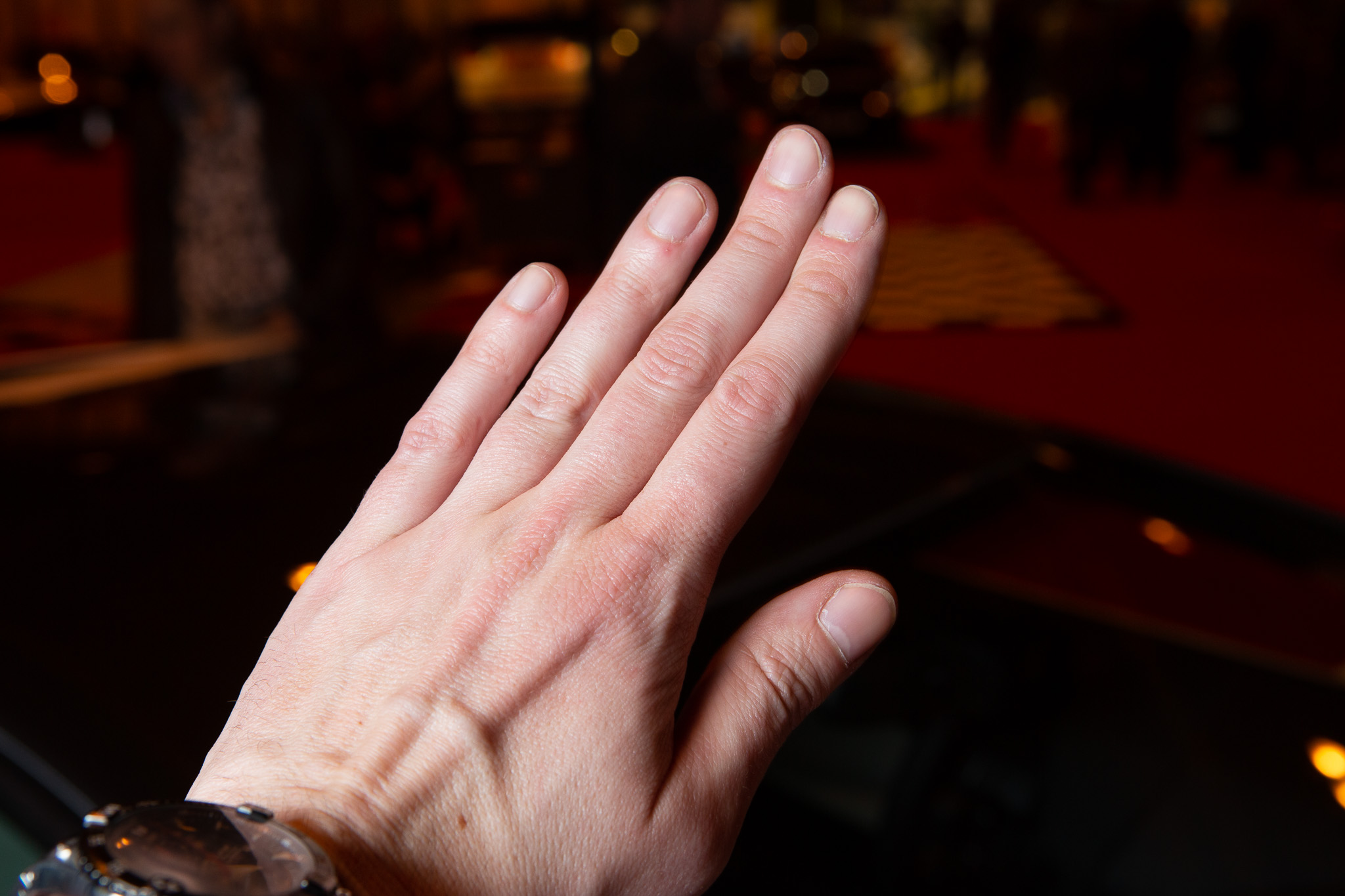 If it’s over exposed I drop flash power, under I raise it. That’s it. With enough practise you can get it dialied in with 2 or 3 tries. I think in this case I was at 1/8th power.

Now you have the camera and flash settings locked in, as long as you keep the flash the same distance from your subject, you can move around as much as you like.

Here’s a wider view to show the position of the flash. If you look towards the rear of the Lamborghini Aventador, where my flash isn’t lighting it, you can see just how yellow the ambient light was. 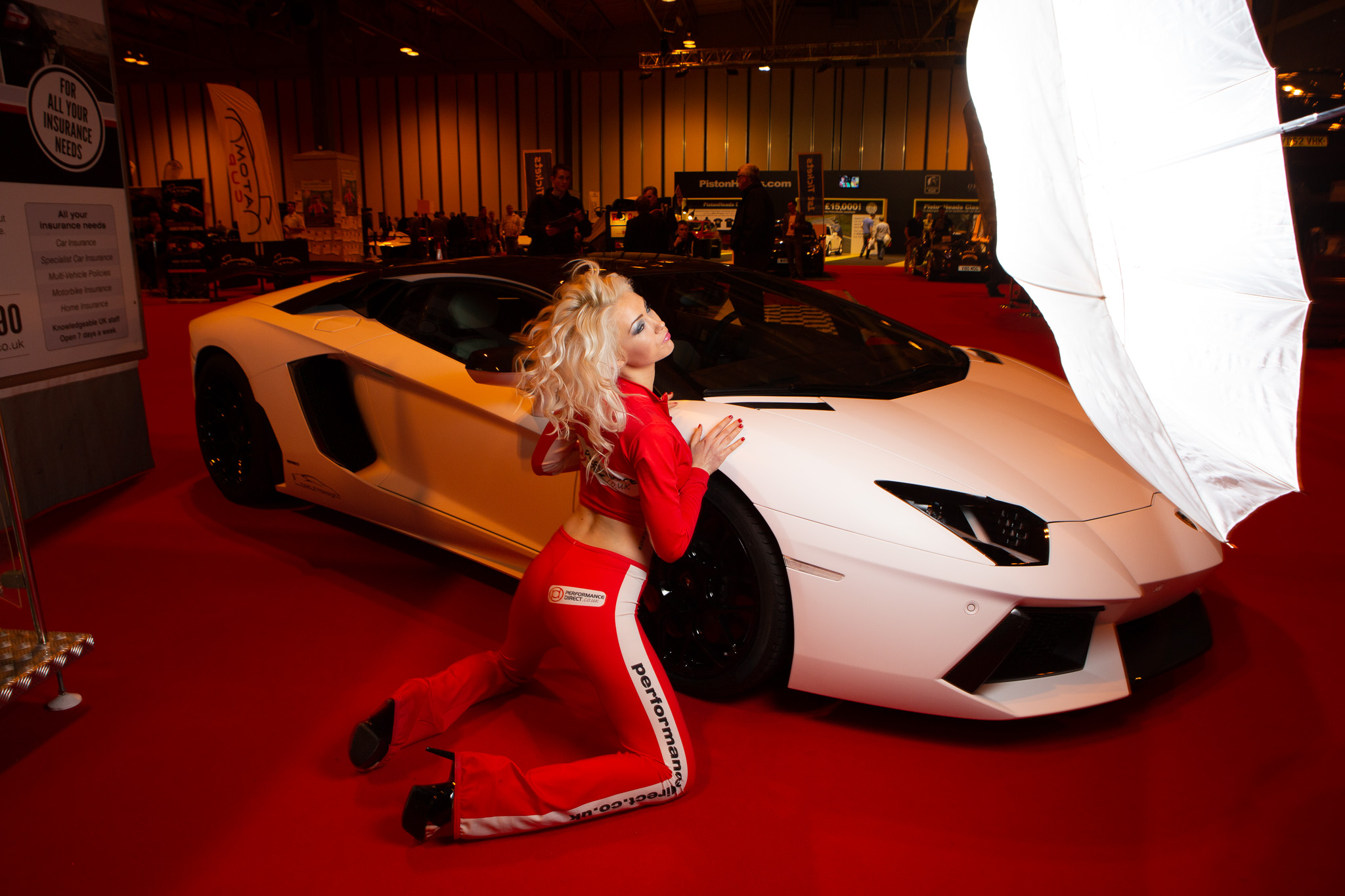 And a couple more : 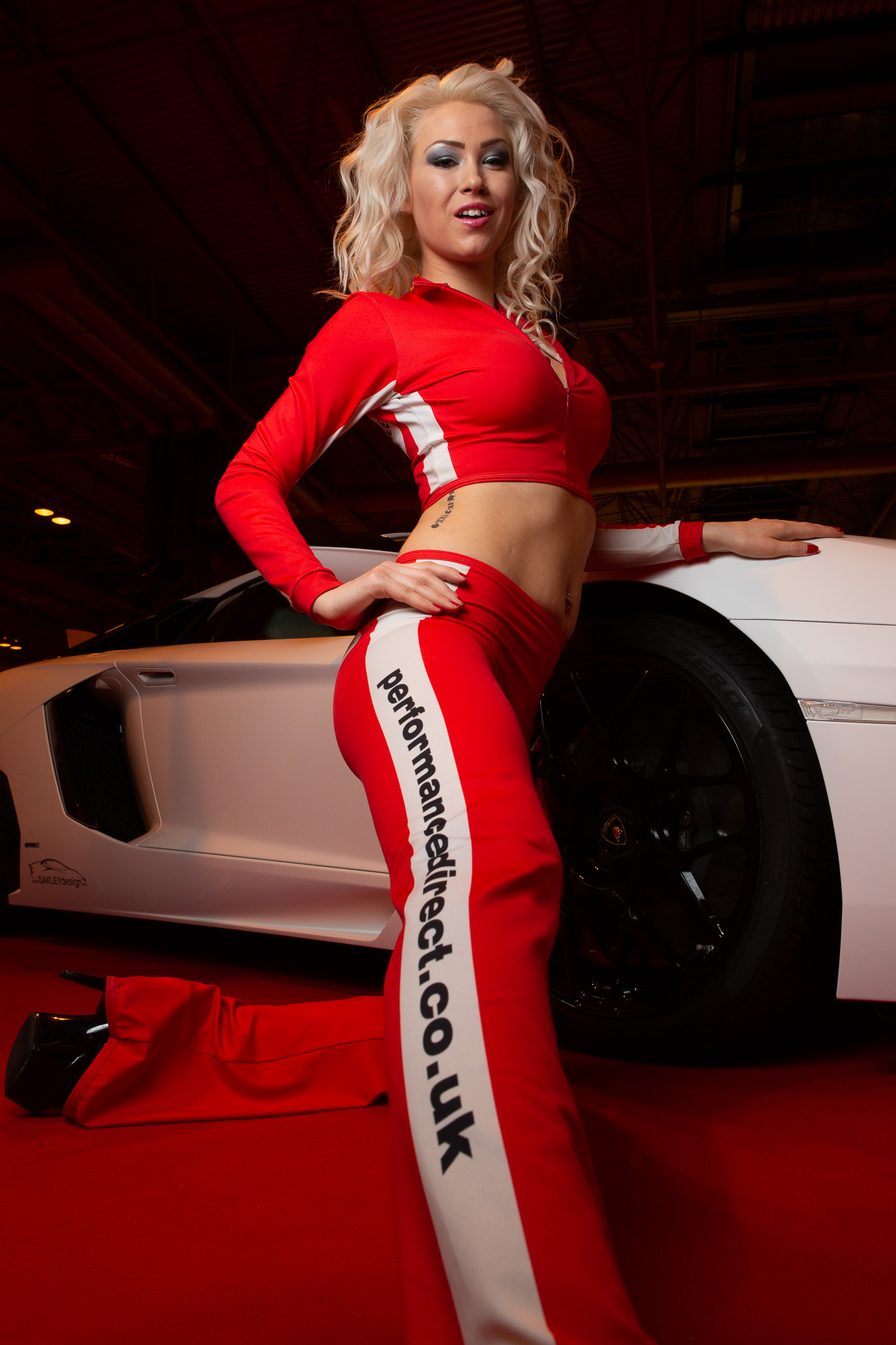 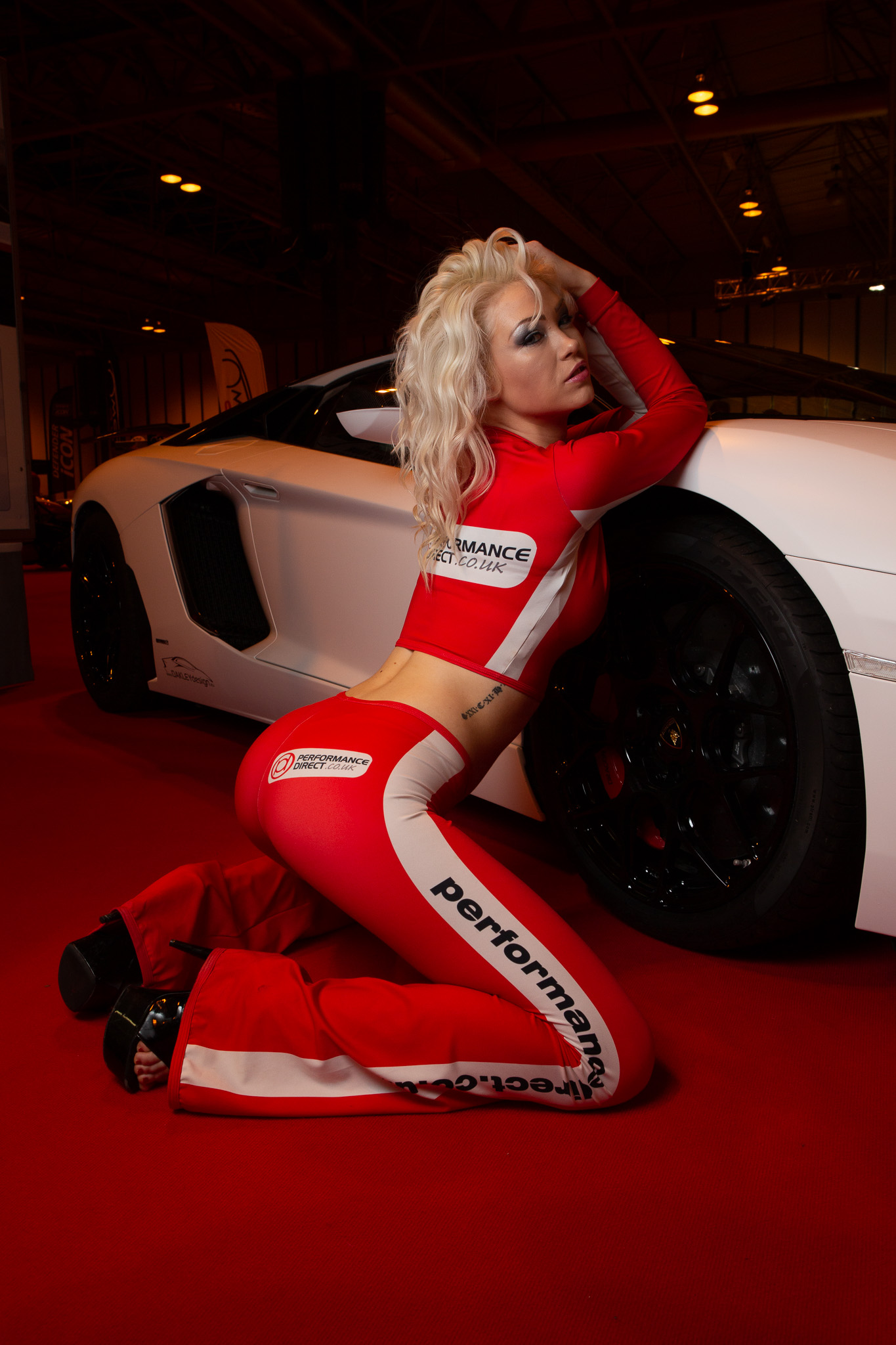 And to wrap up the post, a little BTS video to give you a better idea of just what was going on. 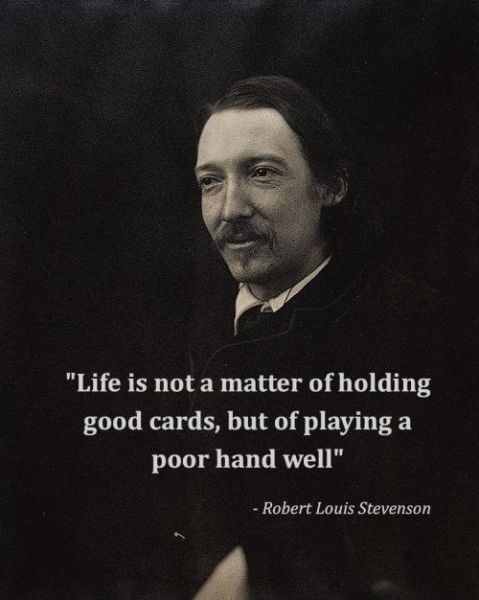